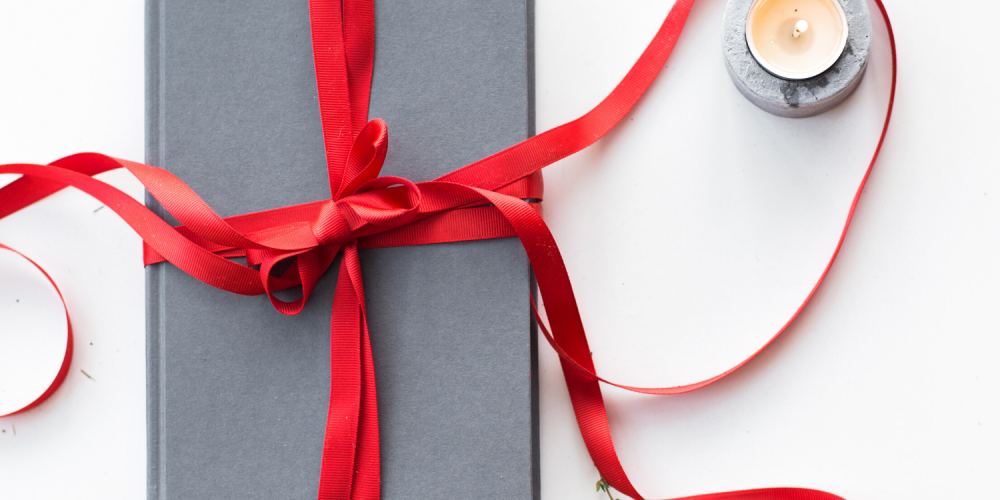 Not to freak you out, but we’re now less than a week out from Christmas. In case the ideas I shared in my previous gift guides weren’t enough to help you finish up your holiday shopping, I’m coming to you today with a guide to Christmas gifts for bookworms.

At my house, we exchange a lot of books for Christmas and birthday presents. I think a book is the perfect gift for so many reasons. And at the top of the list? You can get any of these on Amazon today and they’ll still arrive by Christmas!

I know a lot of people think cookbooks are dead, but I couldn’t disagree more. Sure, I use Pinterest a lot when I’m looking for new recipes, but nothing can take the place of classic cookbooks. Give budding chefs Joy of Cooking by Irma Rombauer or Mastering the Art of French Cooking by Julia Child and Louisette Bertholle. If I need to find a recipe for something basic that I’ve never made before, those are the first places I look.

Do you know someone who’s obsessed with their Instant Pot? Give them a copy of The Chef and the Slow Cooker by chef and total dream boat Hugh Acheson.

Ever since traveling to Japan last spring, I’ve been inspired to try cooking Japanese food at home. I’ve heard rave reviews about Kimiko Barber’s new cookbook, Cook Japanese at Home, and think it may be just the thing to help conquer a fear of cooking a new type of cuisine.

One of my favorite genres is what I like to call ‘spiritual non-fiction’. It includes books that aren’t necessarily faith based but definitely leave me thinking thoughts that are bigger than me.

Favorites that I read this year include Tiny Beautiful Things by Cheryl Strayed (mini review here), and Rising Strong: The Reckoning. The Rumble. The Revolution. by Brené Brown. These two books would be great gifts for anyone in your life who was shaken to the core by the awfulness that was 2017.

I’m always asked for political book recommendations. But dude. 2017 just does not seem like the year for more politics! However, if you have a total political junkie in your life that only wants to consume political content, get them Devil’s Bargain: Steve Bannon, Donald Trump, and the Storming of the Presidency by Joshua Green. Everyone is talking about it at cocktail parties (and if they’re not, they should be), and it’ll keep them busy for a little while. Downside? You’ll probably have to sit through a lot more rants about Steve Bannon as a result.

Or, you could go the non-traditional route and give them a copy of The President’s Keepers: Those Keeping Zuma In Power And Out Of Prison by Jacques Pauw. I dove into South African politics a little for school earlier this year and became fascinated. Since President Zuma will be stepping down form power any day now, this is an especially timely read.

The only political book that I can fully endorse this holiday season? Promise Me, Dad: A Year of Hope, Hardship, and Purpose by Joe Biden. Goodness gracious, I love you Joe.

Ever since reading this Modern Love column a few years ago, I’ve been fascinated by the story of Mark Lukach and his wife Giulia who begins to suffer from spontaneous psychotic episodes. Now Mark has written an entire book about their story, My Lovely Wife in the Psych Ward, and it’s powerful, but not for the faint of heart.

Y’all know I’m obsessed with compromise and discourse and all that good stuff. I keep hoping that someone will come out with just a step-by-step manual on how to talk to people you disagree with. Guess what? Someone did! Celeste Headlee gave a powerful TED Talk on this topic in 2016, and followed it up this year with a book called We Need to Talk. Give this to the friend in your life who’s yet to learn that good conversationalists listen more than they talk.

As you all know, I read a lot of mysteries and thrillers. I consider myself kind of a connoisseur. I just finished reading The Last Mrs. Parrish by Liv Constantine and it is one of the best books I read this year. It’s spooky but won’t make you need to sleep with the lights on. It’s the first thing I’d suggest for anyone on your gift list who loves a good page turner.

While they aren’t new books, I also really enjoyed reading And When She Was Good by Laura Lippman and Pretty Girls by Karin Slaughter this year. I’d actually safely recommend most anything by those two authors.

Lastly, The Dry by Jane Harper, Magpie Murders by Anthony Horowitz, and Shining City by Tom Rosenstiel got rave reviews this year, and are sitting on my bedside table at the top of my reading list.

When I’m traveling, I’m always looking for cheery books that I can get into quickly even when surrounded by distractions. This year I found a new-to-me author that ticks all those boxes – Taylor Jenkins Reid. Her latest is The Seven Husbands of Evelyn Hugo and my favorite of her books is One True Loves which has a very Sliding Doors kind of feel to it.

Is your mom or sister or best friend obsessed with the British Royal family? I’ve got the gift for her – The Royal We by Heather Cocks and Jessica Morgan (mini review here). In fact, the news of Harry and Meghan’s impending nuptials almost has me wanting to re-read it!

So I’m not usually a science-fiction fan at all (confession – I’ve never seen a single Star Wars movie!). However, every once in a while, a sci-fi book or series will catch my eye (think The Hunger Games or The Martian). This year it was The Themis Files Series by Sylvain Neuvel. The series is a trilogy with two books already released, and a third coming in the Spring. I read the first two books in less than 24 hours this week. Give these books to someone who loves science fiction or dystopian themes. You could even get them the audiobooks which are read as a full cast recording.

If you really want to go above and beyond giving gifts for bookworms in your life, give them a subscription to Book of the Month! The Book of the Month Club has been around since the 1920s. In its current iteration, subscribers get to choose from one of five new books each month. Interested? Sign up here for you, or a friend or family member!

Is there a bookworm in your life who also loves home decor? Give them the gift of some especially beautiful books! There are so many great books in the Penguins Classics series. I have several of the Jane Austen editions and they really brighten up my bookshelf. Or, snag the Puffin in Bloom set of four books illustrated by Anna Rifle Bond of Rifle Paper Co.

Finally, do you know anyone who is still mourning the loss of President Obama? Give them Obama: An Intimate Portrait by Pete Souza, a coffee table book featuring photos of the President by his official photographer.

Are you done with your Christmas shopping? How many books will be under your tree on Christmas morning? 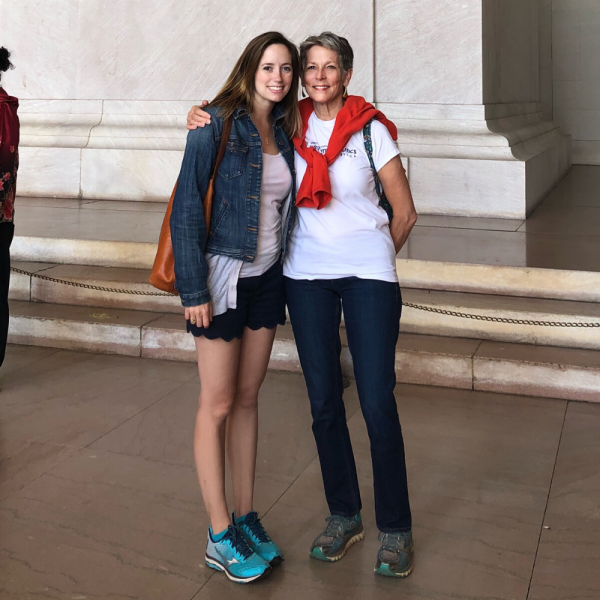 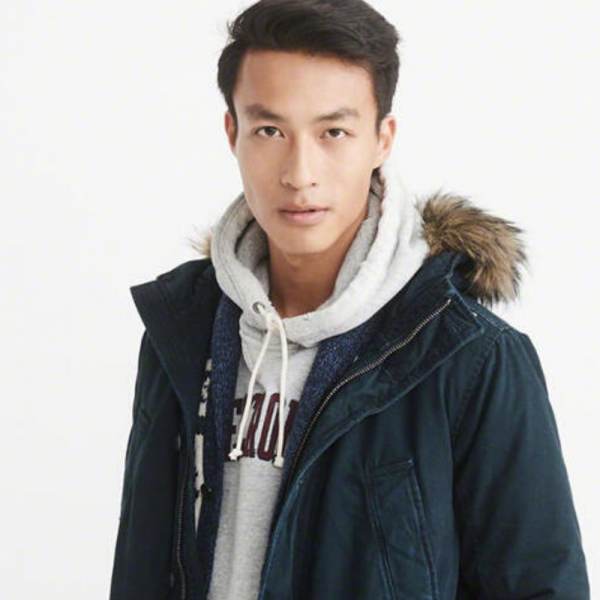 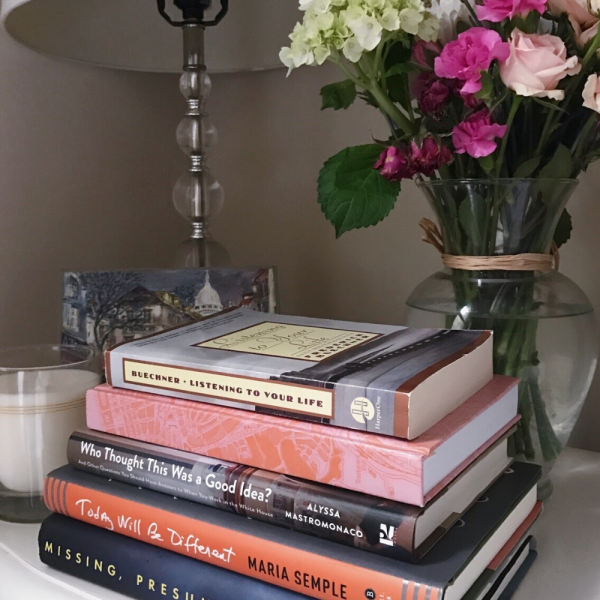