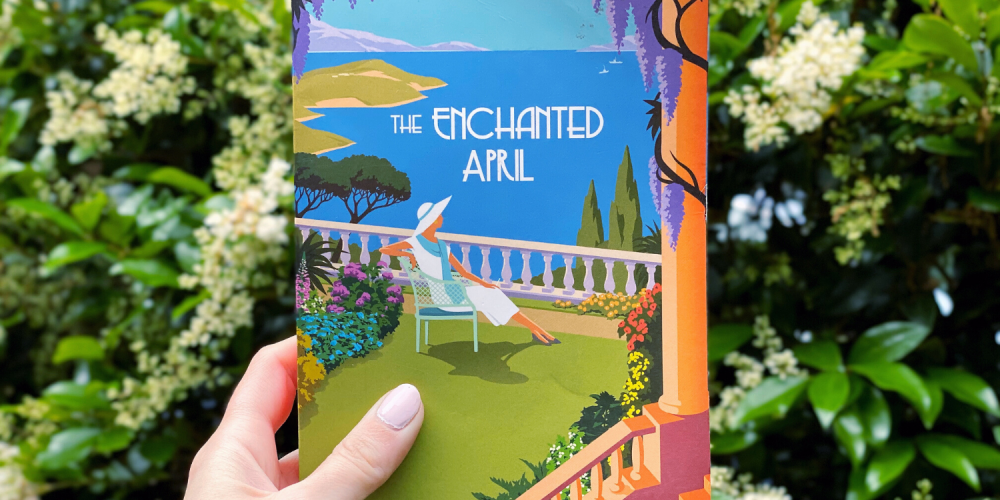 All I wanted to read in April was fiction. Right now I want to get as far away from reality as possible. Something tells me I’m not alone in that. I started the month off with a couple of mysteries, then took time off from reading while I rested my brain and watched a lot of Survivor. In Five Years is what finally sucked me back into reading. I’d categorize it as one of those rare buzzed about books that lives up to all of the hype. Next up was my April book club pick which I loved much more than I thought I would. And then I’m closing out the month revisiting a classic that feels just right for this moment.

Lock Every Door by Riley Sager

Anyone who loves thrillers has heard of Riley Sager, but Lock Every Door is the first book of his that I’ve read. Lock Every Door is about a desperate woman who is hired to house sit at a fancy apartment building in New York City. It all seems too good to be true – because it is.

I don’t know how to describe this book except to say that it’s crazy in the best way possible. The writing wasn’t super literary and left a little to be desired at times, but the plot was completely unpredictable. I barely understood what happened even when I finished the book! (And that’s a good thing for me – I’m NEVER someone who’s surprised by book endings.) So it kept me turning the pages and I read it all in one sitting. Lock Every Door is just the unrealistic book I was looking for. Just crazy!

Lady in the Lake by Laura Lippman

I’ll read anything Laura Lippman writes. I like her because she writes mysteries and thrillers that don’t feel dumbed down. Lady in the Lake is about a Baltimore housewife, Maddie Morgenstern Schwartz. Maddie leaves her life behind to become a reporter and along the way investigates the disappearance of an African-American woman named Cleo Sherwood.

The highlight of Lady in the Lake isn’t the characters or the mystery but the interesting structure. Instead of taking the popular route of having multiple narrators and switching off between chapters, the protagonist narrates most of the book but from time to time after she crosses paths with another character the next chapter will briefly explain that encounter from their own point of view.

The low of the book is that it doesn’t feel very high stakes. For some reason Maddie starts the book by having a midlife crisis and leaving her husband to go off and become a reporter. I felt it was never really explained why she does this other than sheer restlessness. As a reporter she investigates some deaths that you won’t care much about either.

Throw in some slightly problematic race stuff and the fact that it’s about 75 pages longer than it need to be and you have a really middling book from Laura Lippman. It’s just fine is all.

In Five Years by Rebecca Serle

In Five Years was the book that got me to resume reading this month after taking several weeks off. I just couldn’t convince myself to pick up a book! But In Five Years is one of those books that everyone has been talking about and I was lucky enough to get a copy of the eBook from the library last week so I had to take advantage and see what all the fuss was about.

In Five Years is about a lawyer in New York City who falls asleep one night and wakes up five years in the future, lying in bed next to a man who is definitely not the guy she just got engaged to. But she just as suddenly returns to her present day life and is understandably shaken up. The book tells the story of the five years in between those two moments.

I read the description and initial buzz about the book and thought it was going to be a romance along the lines of The Versions of Us (one of my favorites that I’m thinking of re-reading this year – initial review here!). But nothing could be further from the truth.

I don’t want to say much more about the book except that it’s as good as people have said it is, and it’s not as clichéd as it sounds.

The Glass Hotel was my book club’s pick for this month. To say that I wasn’t in the mood for slightly esoteric literary fiction would be an understatement. However, I’d heard the book described as a moral ghost story centered around the fallout from a Ponzi scheme and I was intrigued.

The Glass Hotel is eerie and well-written and it picks up steam with every page. It is structured as a collection of vignettes about and reminiscences by characters who are impacted by the downfall of a New York Ponzi scheme. (Yes, inspired by Bernie Madoff.) A structure like this could have easily fallen apart in the hands of a less skilled writer. But Emily St. John Mandel does an incredible job of tying a lot of loose threads together to create a cohesive and compelling story.

Now I want to read Station Eleven, the author’s previous critically acclaimed book, although I’m not sure it’s the best time to read a post-apocalyptic story set in the years after a deadly pandemic.

I was first introduced to the film adaption of The Enchanted April. It has been one of my favorite movies since I was two years old. Then I read the book when I was in high school and fell in love with it, too.

The Enchanted April is about four women living in London after World War I. Together they rent a castle in Italy and spend the month of April there. They leave Italy transformed and full of joy.

Both the film and the book are so incredibly peaceful and magical. And who doesn’t want to take a virtual vacation to Italy right now?! I’m almost finished re-reading this gem of a book and I feel like I’ve just taken a giant literary Xanax.