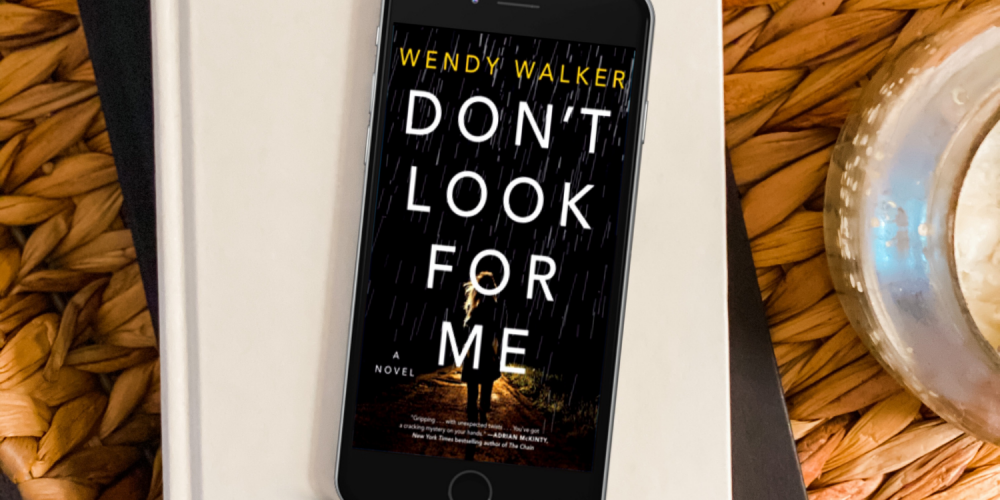 I started off September strong – I read my 100th book of the year thus meeting my 2020 reading goal. I read and reviewed several Advanced Review Copies for publishers.

And then Justice Ginsburg died. Since then I haven’t read more than a couple hundred pages. I rolled into October with a huge stack of half-read books to finish.
⁠
I’m doing about as well as you’d expect right now. Trying to give myself a lot of grace. So I didn’t end up reading as much as I would have liked to this month.

Some of my favorite books I read this month were books I read for #BookTheVote buddy reads – Cleo McDougal Regrets Nothing and His Truth is Marching On. I also LOVED Elin Hilderbrand’s Paradise trilogy. It was just what the doctor ordered and is exactly what I’d recommend to anyone going through an election related reading slump right now.

Anyway, here’s everything I read this month.

Cleo McDougal Regrets Nothing by Allison Winn Scotch is a book about a female Senator and single mom on the verge of announcing a run for President. But then an old friend writes a scathing op-ed about her and Cleo and her team have to do some serious damage control.

This book was the perfect girl power read for this month. So many books about strong women end with them learning a lesson or two and softening themselves and their ambition. But I like the atypical journey that Cleo goes on throughout the book – it’s about self-realization, but not really personal growth. She was a badass at the beginning of the book, and she’s a badass at the end.

The plot focuses a lot less on life on the Hill or on the campaign trail than you might think from the description so I’d recommend this book to most anyone, regardless of their level of political interest.

PS: For insight from the author on her inspiration for writing the book, tips for raising politically engaged kids, and more, check out the Instagram Live conversation I had with her earlier this week!

Note: Thank you to Amazon Publishing who sent me a copy of the book in exchange for a fair review.

Don’t Look for Me by Wendy Walker

Don’t Look for Me by Wendy Walker is about a family still reeling from a death five years ago that now must deal with the mysterious disappearance of mother Molly. The story alternates between the perspectives of Molly and her daughter Nic. ⁠⠀
⁠⠀
I cannot remember the last time I felt as genuinely scared by a book as I did this one. And at no point did I guess the plot twist – a rarity for someone who reads as many mysteries and thrillers as I do! I couldn’t put it down until I had finished and even now I’m still thinking about it and trying to process the ending.⁠
⁠⠀
All readers who love mysteries, thrillers, and suspense novels should give this book a try.

Note: Thank you to NetGalley and St. Martin’s Press who sent me an Advanced Review Copy of the book in exchange for a fair review.

The Comeback by Ella Berman

Ella Berman’s The Comeback is the story of Grace Turner, a former teen star, whose entire career was spent working with the talented and controlling director Able Jorke. Grace has just returned to her life in Los Angeles, to her husband, and to her career, after disappearing for a year to live with her family in Anaheim, CA. But Grace is not the same person she was when she left, and it’s up to her to decide who she wants to be and what she wants to do moving forward.

If I could use one word to describe this book it would be unsettling. The problems and trauma that Grace is grappling with are unsettling. The off-kilter style of storytelling is unsettling and likely meant to mimic Grace’s fragile mental state. If you’re looking for a #MeToo story that wouldn’t seem out of place as a CW mini-series, this isn’t it. I’d actually categorize this book as literary fiction, not contemporary fiction.

While I enjoyed the book and it gave me a lot to think about, I wish there had been more. The story picks up right after Grace has moved away from Anaheim after living with her parents for a year but I wish I could have read more about what led her to flee there, rather than just snapshots of moments throughout the book. But that’s a personal preference, and the author clearly made a different artistic choice.

All in all, I would recommend The Comeback to those who are either fascinated by child stars or interested in reading about how the #MeToo movement has played out in different industries. However, I’d be remiss if I didn’t flag a trigger warning for sexual, physical, and emotional abuse.

The Paradise Series by Elin Hilderbrand

It’s been a long time since a series grabbed me the way Elin Hilderbrand’s Paradise trilogy did. The series kicks off with Winter in Paradise where readers are introduced to Irene Steel and her sons Baker and Cash who are shocked by the sudden death of their husband and father and by the revelation that for years he had been leading a secret double life on St. John in the Virgin Islands.

In What Happens in Paradise, the second book in the series, the three of them move to St. John to build lives of their own on the magical island and become intertwined with island locals.

The trilogy wraps up with Troubles in Paradise and while I don’t want to give too much of the plot away in case you haven’t read the first two books in the series, I’ll just say that readers who’ve followed the adventures of the Steele family for several years will find Troubles in Paradise to be a satisfying ending.

There were a few plot diversions that I felt distracted from the heart of the book a little bit, but for the most part the storylines were wrapped up in a way that felt very true to life and genuine.

If you’ve never read any of Elin Hilderbrand’s books, I’d highly recommend starting with this series.

Note: Thank you to NetGalley and St. Martin’s Press who sent me an Advanced Review Copy of ‘Troubles in Paradise’ in exchange for a fair review. The book is being published on October 6th and is available for pre-order now.

This month’s pick for my Nancy Drew book club was Nancy’s Mysterious Letter. I’m not going to waste time recapping this book for you. It was the worst installment in the series I’ve read so far in my re-read. Super boring. No real mystery. Unless you are also in a Nancy Drew book club that is reading the entire series, there is no reason for you to read this one.

His Truth is Marching On by Jon Meacham

His Truth Is Marching On is strongest when Meacham focuses on Lewis, his faith, and his commitment to nonviolence. As a person of faith I was deeply moved by reading about the religious roots behind Lewis’s lifelong activism. I took more notes about those passages in the book than I have about any book I’ve read in recent memory. The book is slightly less compelling when it focuses more broadly on the civil rights movement and less on John Lewis himself. That said, I was glad to learn more about civil rights leaders like James Lawson, Ella Baker, and Diane Nash, and about Highlander Folk School.

My one real complaint with the book is that it ends so abruptly with the assassination of Robert Kennedy. I would have loved to read about how Lewis made the transition from being an activist skeptical about the power of government to a Congressman. ⁠Also, and understandably, Jon Meacham is not exactly writing through an objective lens. But then again, I can’t think of anyone who’d be able to write about him in a way that wasn’t positively beatific. That said, this book is a must-read for admirers of John Lewis, folks interested in learning more about the civil rights movement, and history buffs in general.⁠

Note: Thank you to NetGalley and Random House who sent me an Advanced Review Copy of the book in exchange for a fair review.

The Truths We Hold by Kamala Harris

The Truths We Hold, Senator Kamala Harris’s latest memoir, is exactly the sort of book a political usually writes right before they’re about to announce a run for President. I enjoyed learning more about the Senator’s background, her career path, and her thoughts on a wide variety of policy areas. That said, I didn’t feel there wasn’t anything special about this book. I’d only recommend it to the most avid Democratic readers.

I picked up Suzanne Robert’s Bad Tourist thinking that it was a book about travel. Within the first twenty pages I realized the description of the book is very misleading – the focus of the book is not really travel at all. It’s really about the author’s personal life and the one night stands and brief relationships she has all over the world.

The structure of the book is incredibly disjointed. It’s a series of vignettes that reads likes sketchily written journal entries. And because the ‘stories’ are all told out of order, it’s difficult to keep track of the timeline of the author’s life and who the other people in each story are. Also, there’s no prologue, nothing that tells the reader any information about who the writer is or what sort of book they’re reading.

Lastly, the author is so privileged and doesn’t seem to learn anything at all, making the same mistakes over and over and over again. The only thing that changes are the countries.

Note: Thank you to NetGalley and University of Nebraska Press who sent me an Advanced Review Copy of the book in exchange for a fair review.

I’m not sure how much reading I’ll be doing in October. I’m going to spend as much time as possible getting out the vote for the election. And I want to spend any remaining free time doing whatever brings me even a sliver of joy. That may be reading or it may be not be. We shall see!