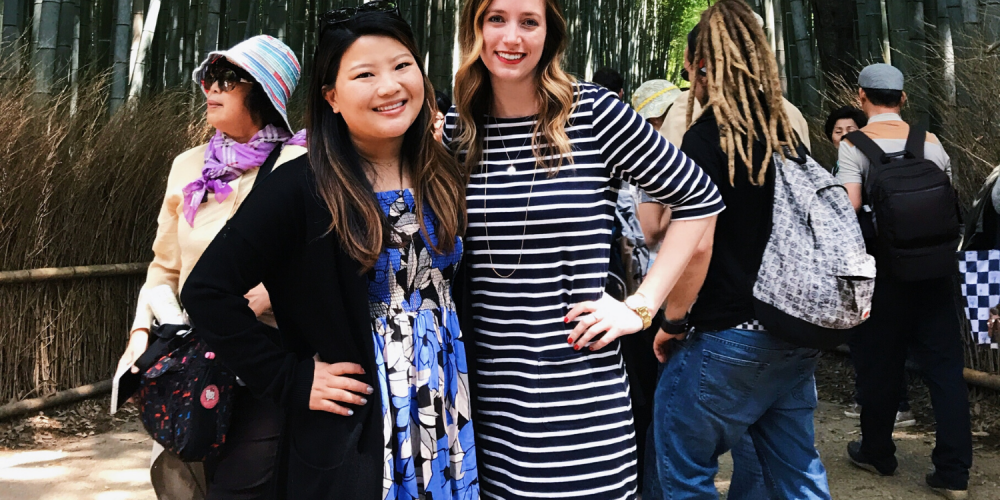 When I got back from Japan, the top question I got was, “What was your experience like traveling with a friend?” My friend Irene was my partner-in-crime on my trip to Japan, and she was an incredibly travel companion.

I met Irene in 2015 when I briefly worked at the Democratic Legislative Campaign Committee (DLCC). Not much came from that stint at the DLCC, except for my friendship with Irene. We’ve been close ever since then, and have been talking for ages about taking a trip together. So when Irene spotted some cheap flights to Japan a couple of months ago, we jumped at the chance to go on an adventure together. We’d never spent an extended amount of time together before, but we had a feeling we’d be perfect travel companions.

To be honest, I was a little nervous about traveling with a friend on such a long vacation. Before Irene and I headed to Japan, the longest friend trip I’d ever taken was a weekend road trip. I’m self-aware enough to know I’m not the most laid back gal in the entire world. So I’ll be honest and say that I wondered if a 10 day trip would be the end of our friendship.

Luckily, Irene and I complemented each other well from the moment we bought our plane tickets till we said goodbye back in D.C. In most aspects of life, Irene is just as much of a Type A planner as I am, but when it came to travel planning, she preferred to take a back seat and not get too bogged down in details. This meant we divided up jobs perfectly – Irene focused on food, and I focused on everything else!

When traveling with a friend, agreeing on your pace is crucial. Irene and I both wanted to cram every day of our vacation chock full of activity. From sunup to sundown, we jammed so much into every waking moment of our trip. People were always saying things “Whoa. You did all of that in one day?”. On the other hand, we were both all about taking time to stop in every single weird store we passed by, and slowing down to take plenty of photos at every destination. We also literally moved at the same fast pace as we scurried around Japan!!

Money is a tricky topic, but you have to pay attention to it when you’re traveling with a friend. For us, we were very attuned to keeping things equal, but we didn’t go crazy over it. I’d pay for one round of drinks, she’d pay for the next. I’d pay for train tickets, she’d pay for lunch. As long as things mostly evened out, we didn’t stop to worry about calculating things down to the exact penny. This may not be the best plan for everyone though, and I’d encourage you to figure out what works best for you and your travel companion before embarking on a trip!

Irene and I already communicated well going into this trip. We’ve been telling each other everything (and I mean everything) since just about the first day we met. So when I noticed on our second day that she was super withdrawn in the morning, I was able to just say, “Yo, lady – are you not a morning person?” instead of spending a week wondering if she was mad at me. Which would be my normal tendency. And it meant she was able to say, “Yo, lady – I am definitely not a morning person. I need coffee every morning, even if you don’t.” After that, I made sure to build time into our schedule every morning for Irene to grab coffee. If we hadn’t had that conversation, I’d have spent the week thinking she was mad at me, and she’d have spent the whole week wondering why I never allotted time for caffeine.

This may sound counterintuitive, but I think our decision to spend time apart on the trip was a large part of why we got along so well. When we had downtime, we didn’t feel the need to fill every single moment with chatter. Whenever we’d board a long train ride, we’d pop in our earphones, and zone out for a little while. Not having to be ’on’ all the time was a huge gift we gave each other.

And by the time day six of our trip came along, we were open enough with each other to admit that we might have different ideal game plans for the day, so we split up and spent the afternoon apart. The funny thing is that the next day, we looked back at our text messages and realized we’d clearly missed each other as we’d been texting one another the whole time we were apart!

At the end of the day, almost all our success as travel buddies came down to Irene’s motto, “You do you, boo.” When I’d say “I think I need to eat some fried squid for breakfast”, I’d look at Irene expecting judgement, and she’d just say “You do you, boo.” And it went both ways. My response when she wanted to spend our last evening in Japan playing crane games in an arcade? “You do you, boo.” There were a number of times during our trip when I was especially glad to be traveling with a friend who was so nonjudgemental, including:

I really can’t tell you how happy I am to say that Irene and I returned home closer than ever. Even after spending almost every waking hour together for 10 days, we were so sad to say goodbye when we parted ways at DCA last week. We’re experiencing serious friendship withdrawal, and we’re already talking about where we want to travel next (Colombia? Indonesia? South Africa?). I couldn’t have asked for a better travel companion than Irene, and I have no doubt that we’ll be friends forever (with many more trips in our future!).

What are your tips for traveling with a friend? 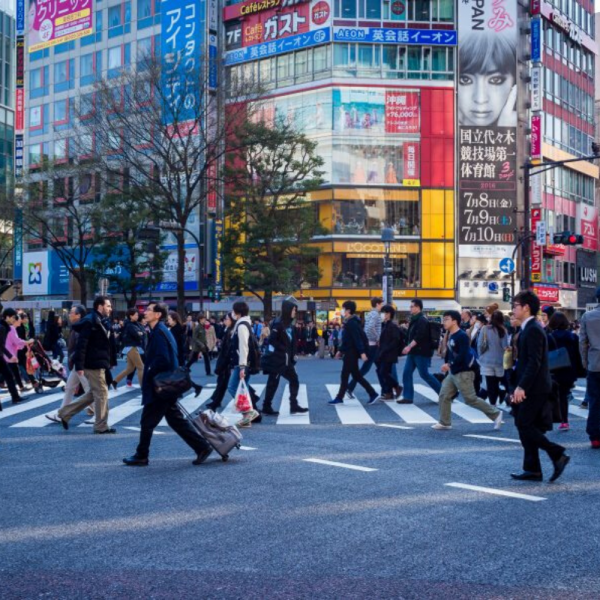 What You Need in a Carry On for a Long Flight 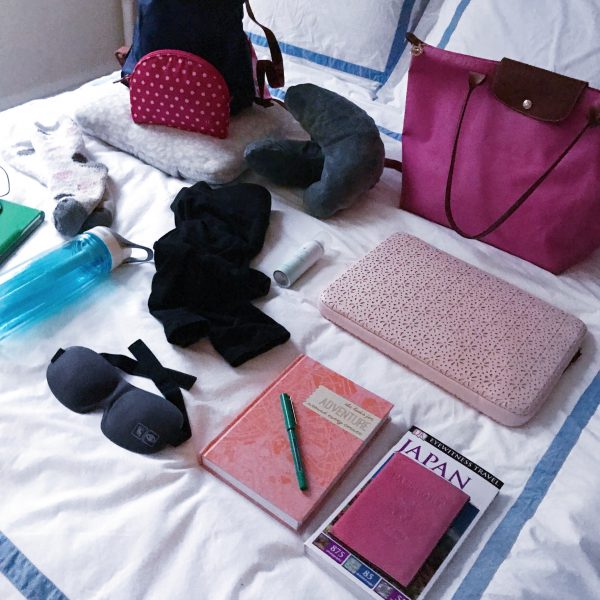 ← Planes, Trains, Automobiles, and All the Podcasts
Happy Anniversary, DC! →