Konnichiwa from Japan! The past week has been an incredible whirlwind of planes, bullet trains, taxis, subways and fun, fun, fun. With 14 hour flights, three hour train rides, and endless subway rides, I’ve had plenty of time to listen to some of my favorite podcasts.

I like to read much more than I like to listen to audio books, so when I have time to kill in transit, podcasts are my go-to. Also, I’m a chronic multi-tasker, and I find it’s easier to catch up on my emails, read the latest news, and people watch while I’m listening to podcasts compared to audio books.

Here’s what I’ve been listening to on the road:

If you love Cheryl Strayed, self-help, and advice columns, Dear Sugar is the podcast for you. I was introduced to Dear Sugar last year by my friend Jamie, and I was immediately hooked. Dear Sugar started as an advice column on The Rumpus written by Steve Almond. In 2010, Cheryl Strayed took over for Steve, and in 2015 they launched a podcast together. Listening to Dear Sugar makes me feel like I’m having coffee with two very wise friends. They talk about relationships, family, work, and so much more. There is an episode for every mood.

To start: I love the “Rapid Fire” episodes where Cheryl and Steve answer lots of questions with quick definitive answers.

Fly On The Wall is the only political podcast I listen to. Co-hosts Aaron Bennett and Christian Mesa, two of my students at Georgetown, are roommates, best friends, and two of the funniest people you could ever hope to spend time with. I’ll be the first to admit that I figured I’d feel about their podcast the way that parents feel about their children’s ballet recitals – I’d listen to it because I had to, and I’d tell them it was good because I had to, but I’d find the whole thing very painful. False. Fly On The Wall is incredible. They have great guests each week, and each episode feels like a conversation in a dorm room between best friends. I think they’re the bee’s knees (although I may be a little bit biased).

To start: Listen to “Fly On The Trail”, the episode that Christian put together about our trip to Georgia a few weeks ago to observe the campaign leading up to the special election that will be held on April 18th to replace Tom Price in Georgia’s 6th Congressional District.

To start: The West Wing Weekly has turned me into a huge fan of Richard Schiff. The episodes with him are the best, especially “In Excelsis Deo” where he discusses the episode that won him an Emmy. I also love “The Short List” which features my friend Ron Klain.

On the complete opposite end of the TV podcast spectrum from The West Wing Weekly is Bitch Sesh. Actresses and Real Housewives super fans Casey Wilson and Danielle Schneider co-host this podcast where they breakdown the latest episodes from every franchise. My favorite thing about the podcast is that they bring on their friends and fellow actors to dish with them. It turns out a surprising number of celebs are just as obsessed with the ladies of Atlanta, Beverly Hills, New York, Orange County, etc as the rest of us. Who knew!

To start: I can’t even pick a favorite episode. Pick a recent season of your favorite Housewives franchise and start from the beginning with Casey and Danielle.

This one is going to surprise you. I know, you were not expecting me to be super into a Survivor recap show. But I am. I was a Survivor fan for years, and my friend Dave recently got me hooked again. He also introduced me to his Survivor recap podcast, Survivor Top Ten. If you’re one of those people who likes to shit talk Survivor and call it irrelevant, you should rethink that judgement. Start by watching this current season, Survivor: Game Changers, and pay special attention to the latest episode, “What Happened on Exile, Stays on Exile”. I don’t want to give you any spoilers, but it gives new meaning to the phrase Must See TV.

To start: If you haven’t watched Survivor in a long time, or if you’ve never watched Survivor, go back and watch season 28, Survivor: Cagoyan, and start Survivor Top Ten from “The Brains Have Evaporated”. Go on! Do it!

What are your favorite podcasts? Let me know what I’m missing out on! 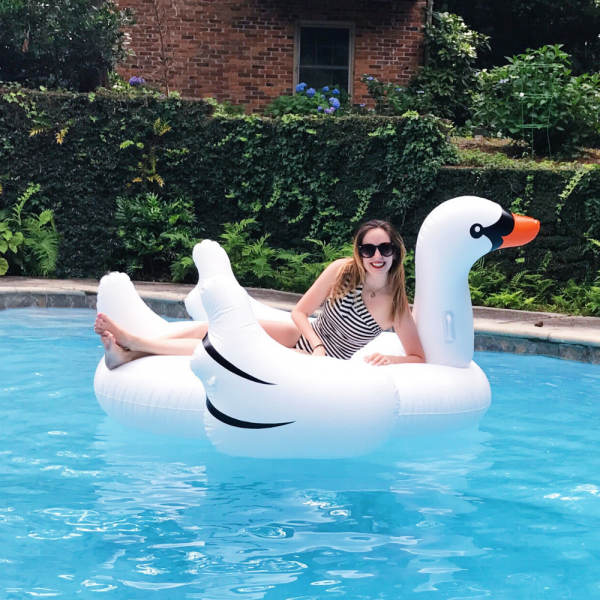