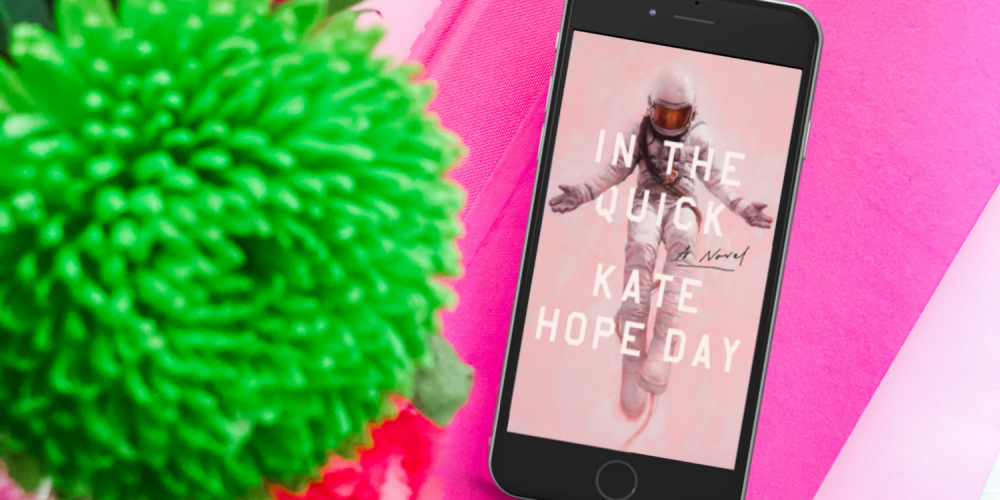 During the first two months of last year I read 20 books. This year I’ve read about two thirds that many. But I’ve really loved almost everything that I’ve read, so I’m OK with quality over quantity right now.

I don’t want to jinx it, but I think I’m finally starting to get over the reading slump I’ve been in for the last few months. Usually, as you know, I have my reading all planned out but right now I’m just grabbing whatever feels right.

Moonflower Murders and The Sentence is Death by Anthony Horowitz

Moonflower Murders and The Sentence is Death are the second installments in the Susan Ryeland and Detective Hawthorne series respectively. Both series are modern takes on the classic mystery genre – what you’d get if Agatha Christie was still alive.

I love that Horowitz’s books aren’t too grizzly or creepy. They’re just well written page turners that you’ll want to read in one sitting. If you’re a mystery fan and haven’t read these series yet I’d put them at the top of your reading list. (And they have broad appeal – my mom and brother enjoyed them both as well!)

In the Quick by Kate Hope Day

In the Quick is the story of June, a young woman who dreams of becoming an astronaut. The story initially follows her as a young teen in an astronaut training program. It then jumps forward in time several years to her first missions in space.

There are two captivating plot lines woven throughout the book – a romance between June and another astronaut, and June’s fascination with the disappearance of a previously launched space craft. In the Quick is strange and wonderful. The vibe is almost clinical, and yet I became so invested in the characters who were all really well developed. I read it in one sitting and I’m crossing my fingers for a sequel!

If you’ve been following Perseverance’s mission on Mars and you loved the Netflix series Away then this book is for you! And it’s also a very loose retelling of Jane Ayre so add it to your list if you like that kind of thing, too.

Note: Thank you to NetGalley and Del Rey Books who sent me an Advanced Review Copy of the book in exchange for a fair review. In the Quick will be published on March 2nd, 2021.

The Unraveling of Cassidy Holmes by Elissa Sloan

First of all – a trigger warning that this book includes discussion of death by suicide, eating disorders, sexual assault, and more.

The Unraveling of Cassidy Holmes is about the suicide of a former girl group star years after she suddenly and mysteriously left the group in the middle of a world tour.

Although this book is often compared to Daisy Jones & The Six, it is a dark look at the downsides of fame, not a romance or light read. I really enjoyed it, however, and would definitely recommend it to anyone who enjoyed the recent #FreeBritney doc and wants to dive deeper into the subjects it explored.

You Have a Match by Emma Lord

You Have a Match is about high schooler Abby who learns, thanks to an online DNA test, that she has a sister she never knew about. They head to summer camp together, along with her childhood best friend and crush Leo, to get to know one another and figure out why their parents have kept them apart their whole lives.

This book is super cute. If you love Young Adult books, summer camp, The Parent Trap, or cute little PG rated romances then I guarantee you’ll like this book.

Note: Thank you to NetGalley and St. Martin’s Press who sent me an Advanced Review Copy of the book in exchange for a fair review.

Siri, Who Am I? by Sam Tschida

Sam Tschida’s debut novel Siri, Who Am I? is a breezy update on the classic ‘girl wakes up with amnesia’ storyline. It reminds me a lot of Remember Me? by Sophie Kinsella and I’d recommend this book to and of Kinsella’s writing.

The plot is a little all over the place but it’s a fun and easy read that’ll make you want to keep turning the pages to find out what happens. It’s not fine fiction and, like a soap opera, the plot requires total suspension of disbelief, but the whole thing is a nice way to disconnect from reality for a few hours.

Note: Thank you to NetGalley and Quirk Books who sent me an Advanced Review Copy of the book in exchange for a fair review.

After reading the Anthony Horowitz books I was in the mood for more mystery so I picked up The Guest List. The Guest List is about a high profile wedding that takes place on a remote and creepy island off the coast of Ireland. Murder ensues.

As I’ve said, I’m a huge Agatha Christie fan so of course I loved the idea of a murder mystery where the only possible suspects are trapped on an island together. But the execution of this fell short for me. I felt like the author drew things out and kept details and information from the reader just for the hell of it. However, readers voted it the top Mystery & Thriller book of 2020 in the Goodreads Choice Awards so I’d still recommend checking it out if you’re a mystery lover!

Leave the World Behind by Rumaan Alam

Leave the World Behind is about a couple who goes on vacation with their two children to a remote home a few hours away from New York City. On their second day there the owners of the home show up unannounced and ask to stay with them, saying that a sudden blackout in the city is making them feel unsafe.

This is definitely a love it or hate it kind of book. I hated it. I found it to be needlessly wordy and oddly sexual. I went into it thinking it was going to be plot driven when really it was just a character study where not much happens. I truly cannot figure out what the hype is about with this one but clearly I’m in the minority as it’s being developed as a movie for Netflix with Julia Roberts and Denzel Washington set to star in it.

The Chiffon Trenches is former Vogue Creative Director André Leon Talley’s story of growing up in the South and rising up through the fashion and publishing industries as a Black gay man.

If you’re interested in these industries, if you have a Devil Wears Prada induced fascination with Anna Wintour, or if you just want to read a really unfiltered, honest, and juicy memoir then you should read this book. I found it to be extremely slow at the beginning and almost quit reading it but am so glad I kept going. It was a good reminder that sometimes the issue is with you, not with a book, and you should push through until you’re in the right groove!

Eat a Peach by David Chang

Momofuku Chef David Chang’s Eat a Peach is one of the most honest memoirs I’ve ever read. There’s the typical stuff – he talks about his upbringing, his family, and his restaurant empire. But he’s also incredibly open about his mental health struggles and the dark side of the restaurant empire. I couldn’t recommend this book more highly. It’s one that I’m still thinking about!

Notes from a Young Black Chef by Kwame Onwuach

And because one food memoir beats another, I had to read Notes from a Young Black Chef. I thought Kwame’s story was well written and his journey from the Bronx to Top Chef was fascinating. However, it lacked the insight and self-awareness that you get in memoirs written by people further along in their life and careers. He was in his late 20s when he wrote the book and I’d rather he waited to write his story until more time had passed and he’d had more space for reflection.

The Andy Cohen Diaries and Superficial by Andy Cohen

The Andy Cohen Diaries and Superficial are diaries of a year in the life of TV host Andy Cohen. They are so dishy and spill all the behind-the-scenes gossip on Bravo celebs, his friends, his dog, and his craziest guests on Watch What Happens Live. This was a re-read for me on both books and I enjoyed them both just as much the second time around!

Top of the Morning by Brian Stelter

I just finished watching The Morning Show (so good – can’t wait for Season 2!) and felt compelled to read the book that inspired it, Top of the Morning. Top of the Morning is an inside look at the world of morning TV. It is …. not great. Partly it’s that the book feels dated because it was published in 2013 – it’s weird to read about Charlie Rose and Matt Lauer without any mention of their sexual misconduct. It also felt wildly underedited; it was way too wordy and the structure and timeline were all over the place. If you’re interested in the behind-the-scenes of network TV I’d recommend you read The War for Late Night instead.

I already know that In the Quick and Eat a Peach will be in contention for my top favorite books of the year list. What’ve you read recently that you’ve loved?