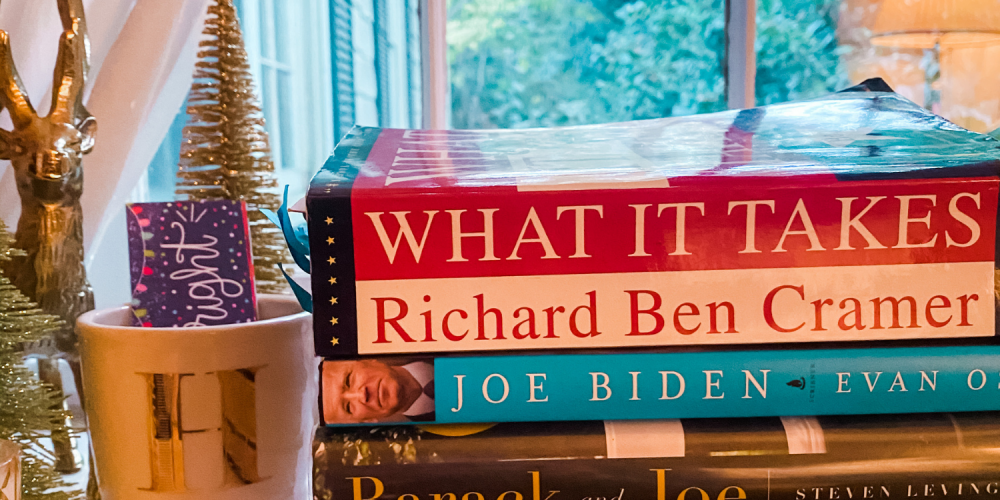 November was a strange reading month for me. I had a strange thought pop in to my head the day after Election Day – I wanted to read. I hadn’t expected I’d want to read in the middle of all the post-election insanity, but it turns out I was desperate to do something other than doomscroll Twitter. So read I did!

I didn’t read at my normal pace, nothing I picked up really distracted me from Trump’s refusal to concede or the rise in COVID-19 cases, but reading felt more productive than anything else I could do to pass my days.

And then that urge disappeared just as quickly as it came! As soon as the fourth season of The Crown was released, I ditched my stack of books and dove deep into a Royal Family rabbit hole, pausing my binge watching only long enough to read a book about royal style.

The Invisible Life of Addie LaRue by V.E. Schwab

The Invisible Life of Addie LaRue is the story of Addie LaRue, a woman who made a deal with the devil, Luc, in exchange for immortality. The catch? She is forgotten by everyone she meets just as soon as she is out of their sight. That is until she meets Henry almost 300 years later.

Addie LaRue is marketed as fantasy but it’s much more than that – it’s fantasy, historical fiction, and literary fiction all wrapped up in one. The premise of the book is incredible. So creative. And Addie and Henry are both so beautifully written, familiar and yet complex, that you just can’t help but love and root for them both. I especially loved that the characters in the book were pretty diverse, especially in their sexuality. Addie and Henry are both bisexual but the author just casually includes those details, not making that a centerpiece of the plot which feels very natural.

This book read a little slow for me and at times felt longwinded. I know for many people this book kept them up all night reading, made them cancel all their plans to keep reading just a little bit longer, and just generally sucked them in completely. I really enjoyed it, but wasn’t quite that hooked.

The Invisible Life of Addie LaRue really does live up to the hype and I’d recommend it to any reader who has the time to read almost 500 pages.

First of all – a trigger warning that this book includes discussion of numerous forms of abuse.

Grown is a Young Adult thriller about Enchanted Jones, a teenager who dreams of a career as a singer. Then Enchanted meets Korey Fields, one of her music idols, at a singing competition and he takes her under his wing. But suddenly his sweet talk and support turns to emotional and physical abuse. And then Enchanted wakes up one morning to find Korey dead and her hands covered in his blood.

Grown was really something and one of the most disturbing books I’ve read this year. It was incredibly well-written – Tiffany Jackson really knows how to write for and about teenagers. There were parts of the second half of the book that I found a little confusing but overall I really enjoyed this book and would recommend it to readers with a tough stomach who are looking for a good thriller.

First of all – a trigger warning that this book includes discussion of death by suicide.

Float Plan is about Anna who, in the midst of grieving the death of her fiancé, sets out on a solo sailing trip through the Caribbean. While on her way she meets and hires Keane, a professional sailor and charming Irishmen, to help her sail. Of course this meet-cute leads to romance and drama on the high seas.

This book is fine. Not great, not bad. Just fine. I can’t believe that it’s only 272 pages because honestly it felt quite a bit longer. I think my main complaint with the book is that I didn’t really connect with either character and the plot felt extremely predictable.

Sailors and folks who’ve spent time in some of the Caribbean destinations mentioned in the book will probably enjoy it more than I did. I found it hard to visualize the boat and the locations Anna and Keane visited which probably contributed to my inability to really connect to the story. And for fans of middle-of-the-road contemporary fiction à la Meg Cabot, I’m sure this will hit the spot.

Note: Thank you to NetGalley and St. Martin’s Press who sent me an Advanced Review Copy of the book in exchange for a fair review. Float Plan will be published on March 2nd, 2021.

The Password to Larkspur Lane (book 10 in the series) has everything – carrier pigeons, an escaped convict, and Nancy rescuing children and the elderly from certain death. Also, all of Nancy’s friends appear In fact, this may be my favorite Nancy Drew book I’ve read so far in this adult re-read and friends in my book club agreed. If you’re trying to get a kiddo in your life interested in the world of Nancy, I’d suggest starting with this book!

HRH: So Many Thoughts on Royal Style by Elizabeth Holmes

HRH: So Many Thoughts on Royal Style is an exploration of the style of four women in the British Royal Family – Queen Elizabeth II, Princess Diana, Kate Middleton, and Meghan Markle. I thought it was just going to be a beautiful coffee table book but there’s actually a ton of written content in it. It’s the perfect read for fans of The Crown!

Barack and Joe by Steven Levingston

Barack and Joe is the story of the political partnership between former President Barack Obama and President-elect Joe Biden during their two terms together in office.

The book didn’t feel particularly well-researched – like Levingston had pulled bits and pieces from previously written articles and loosely tied it all together to form the basis of this book. I didn’t feel like I knew either Obama or Biden better after reading this book, but maybe that’s just because I already knew so much about them. And it’s not like this book purports to be a true biography. I felt like Biden was more fully sketched out in the book than Obama was.

I would have really enjoyed reading more about the post-presidency relationship between the Obama and Biden, but Levingston barely dances around that subject at the end of the book. Maybe because he wanted to tell a fairly straight-forward and uplifting story and continuing it beyond the end of their second term would have ruined that narrative.

I’d still recommend this book to people who are desperate to revisit the Obama/Biden fairytale, especially those who haven’t already read much about them. After four years of Donald Trump, it is a feel good story that takes one back to better days.

Note: Thank you to NetGalley and Hachette Books who sent me an Advanced Review Copy of the book in exchange for a fair review. I’m sorry it took me a year to read and review it!

Eyes to the Wind by Ady Barkan

If you’re looking for a book akin to Paul Kalanathi’s When Breath Becomes Air, this is not it. Progressive activist Ady Barkan’s Eyes to the Wind unsentimentally tells the story of his diagnosis with ALS, his activism in the final years of his life, and his legal career.

The book dives right in, starting with his diagnosis, and then goes back in time to cover his life’s story starting as a college student. The weakest points of the book for me were the sections about his law practice and work to reform the Federal Reserve – I just found it hard to understand, and I doubt it’s what most people were looking for in this book. However, it’s Barkan’s story to tell and clearly it was important to him to include all of that.

Where his writing really shone was in his honest telling of the emotions he has experienced on journey through ALC – depression, anger, anxiety, and more. And any Democrat will be inspired reading about how he has become a very public activist in the last years of his life.

While I’m a big cryer and someone who practically has a phobia where ALS is concerned, I didn’t cry reading this so it’s not so dangerously emotional that I wouldn’t feel comfortable recommending it to a wide variety of people. A great read by someone who has earned a place in history.

Note: Thank you to NetGalley and Atria Books who sent me an Advanced Review Copy of the book in exchange for a fair review. I’m sorry it took me a year to read and review it!

Stay tuned as I’ll be releasing a couple of gift guides soon, including a gift guide for the readers in your life! Leave a comment below if there’s anyone you need help shopping for and I’ll make sure to include something for them in my guides!