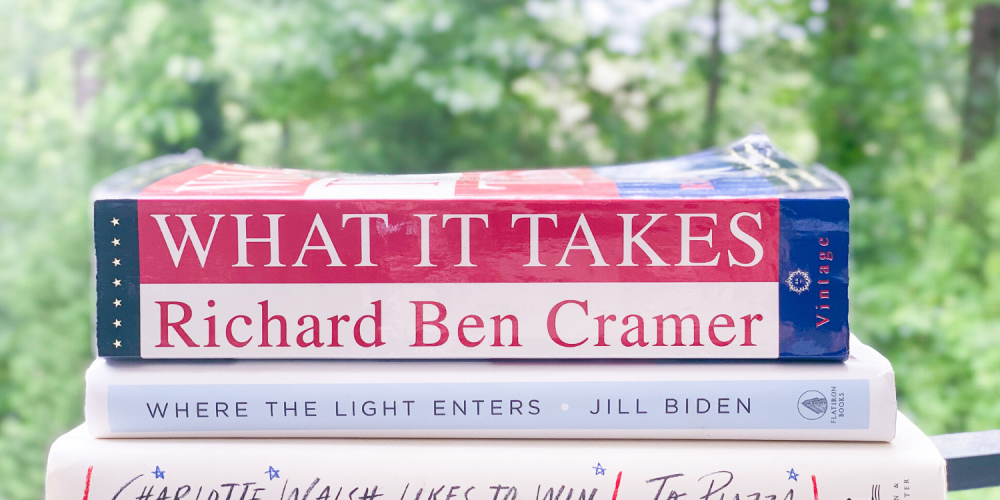 This may come as a surprise to some of you, but political books don’t make up a huge percentage of what I read. I read books to relax, to expand my perspective, or to transport me to a different world. Books about politics don’t tend to accomplish any of those goals for me.

However, I’ve definitely read more books about electoral politics and politicians than the average bear. And in an election year I gravitate more towards political content.

It seems like right now a lot of people are trying to learn more about politics and how campaigns and elections work. You better believe I’m here for it. So I’ve pulled together a list of my favorite political books across a few different categories. Note – I’ve focused my list mostly on electoral politics. There are a lot of great issue oriented books by activists and organizers but I haven’t read enough of them to weigh in.

When I sat down to write this list, I had a hard time thinking of good political fiction. I think most authors that write about politics and campaigns do it so poorly that it detracts from the book. Red, White, and Royal Blue is a good example of that. I know people love that book, but when I was reading it all I could think was how unrealistic it was!

Confession – I’ve only read half of Charlotte Walsh Likes To Win. I really liked what I read, so can’t for the life of me remember why I haven’t finished it yet! Anyway, it’s about a woman running for U.S. Senate after the 2016 election. Piazza does a great job of conveying what women go through when they run for office.

All the King’s Men by Robert Penn Warren

If you gravitate towards the classics, pick up Pulitzer Prize winner All the King’s Men. The book is a barely fictionalized tale of former Louisiana Governor Huey Long. It’s been adapted for the stage and there are two movie versions as well.

Speaking of loosely fictionalized stories of real life politicians! Rodham is a look at what Hillary Clinton’s life and career might have been like if she hadn’t married President Clinton. I’ll share a full review in a couple of weeks, but suffice it to say I LOVED this book.

If you’re the kind of person who thinks all politicians and political staffers are awful people, please pick up one of these memoirs. They’re all good reminders that many (hopefully most?) people go into politics for the right reasons.

Promise Me, Dad by Joe Biden

I can barely think about Promise Me, Dad without bursting into tears. I’m a longtime Biden stan so I may be a little biased but I think it’s extremely well done and unlike any other political memoir I’ve ever read. You can read my full review here. If you’re having a hard time getting enthused about Biden, I think this book might change your mind. And earlier this month I also read Dr. Jill Biden’s book Where The Light Enters which is a nice quick read that painted a picture of the kind of first lady she’ll be when he’s elected.

A Fighting Chance by Elizabeth Warren

I’ve read A Fighting Chance twice (review here!) and both times left me so in love with Elizabeth Warren. Her life story is incredibly inspiring. She also explains the rationale behind her policies in a way that will make sense for even the least wonky reader.

Don’t think that a book by a Congressman can make you laugh out loud? That’s just because you’ve yet to read former Rep. Barney Frank’s memoir, Frank. Frank represented the 4th district of Massachusetts from 1981-2013. He was notably the first member of Congress to marry a same sex partner while serving in office. Even though he’s only been out of office for seven years, I feel like many people have already forgotten about him which is a damn shame. Because Frank is a gay man and lifelong civil rights advocate, this book is an especially timely read right now.

I read Becoming in February and when I finished I was more inspired by Michelle Obama than ever before. But it also left me with so much to process in terms of racial and gender inequality. The Netflix documentary of the same name makes for a great companion piece but is no replacement for reading or listening to the book.

Who Thought This Was a Good Idea? by Alyssa Mastromonaco

Who Thought This Was a Good Idea? is a rare example of a well done memoir by a White House staffer. I read and loved this a few years ago. If you’re interested in learning about what it’s actually like to live in Washington, DC and work in politics, this book would be a great starting point.

Behind the Scenes on the Campaign Trail

Some of my favorite books are those that provide an inside look into presidential campaigns. Theodore White really invented the genre with his Making of the President series but I wouldn’t recommend those books except to the most dedicated politico as they’re pretty dry. Here are a few more lively books in the genre.

The Boys on the Bus by Timothy Crouse and Fear and Loathing on the Campaign Trail ’72 by Hunter S. Thompson

The Boys on the Bus and Fear and Loathing on the Campaign Trail ’72 both cover the 1972 election. Crouse focuses on the evolving role of political journalists while Thompson is more concerned with the candidates themselves. Beware – Thompson is extremely vulgar so Fear and Loathing is not for the faint of heart.

What It Takes: The Way to the White House by Richard Ben Cramer

So What It Takes: The Way to the White House, a look at the 1988 election, is lonnnnnng. At more than 1000 pages, you can use it as a doorstop. But if you love politics, you’ve gotta read it. It’s really the definitive political book. I started it a few months ago and am slowly plodding my way through in hopes of finishing it by Election Day!

All’s Fair: Love, War and Running for President gives you a glimpse at the origins of one of the strangest marriages in America, that of political strategists James Carville, a Democrat, and Mary Matalin, a Republican. The book, written in alternating perspectives, tells of the early days of their relationship when they worked for opposing camps during the 1992 presidential race. All the references to pagers and fax machines make it feel a little bit dated but it’s such a classic that it really doesn’t matter.

Game Change and Double Down by John Heilemann and Mark Halperin

I am hesitant to recommend anything that sexual predator Mark Halperin is involved with. But Game Change and Double Down, about the 2008 and 2012 elections respectively, are excellent and I don’t want to punish John Heilemann for his collaborator’s crimes. If you begin to think that Sarah Palin might just have been created in an SNL laboratory, pick up Game Change for a reminder of just how strange the 2008 election really was. I was so disappointed to learn about Halperin’s behavior, not least because I knew it meant we’d never get to read the account of the 2016 election that he had been writing with Heilemann. That would have been one heck of a book.

I know I said I was going to steer clear of issue oriented books, but I’m making an exception on the topic of voter suppression. I’m not sure how anyone could have read about the recent Georgia primary election debacle and not be spitting mad.

If you want to learn more about the history of voter suppression in America, I recommend One Person, No Vote by Carol Anderson or Give Us The Ballot by Ari Berman. We can’t take our eyes off the ball when it comes to disenfranchisement or we’ll never be able to make progress on other issues.

Have I left out any of your favorite political books? What are you hoping to read before the election? And leave me a comment and let me know if you want to join me in reading What It Takes! I have a feeling I’m going to need an accountability partner to get through that one. 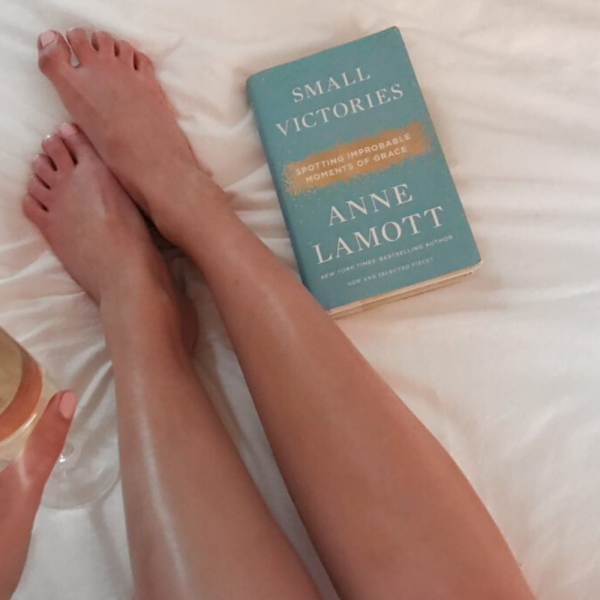 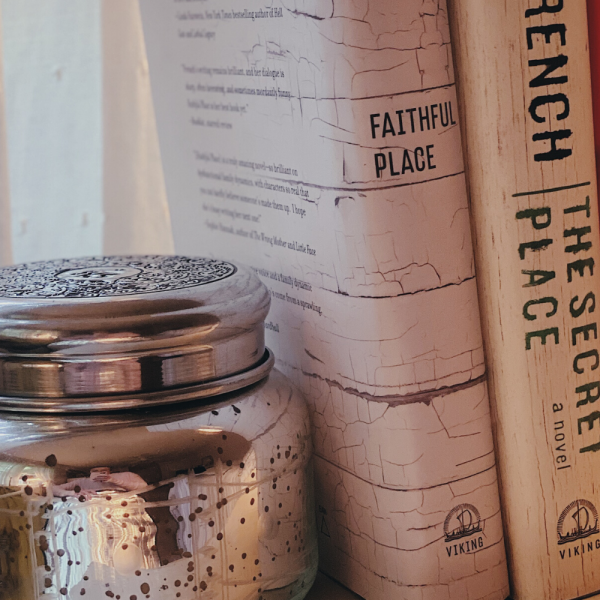 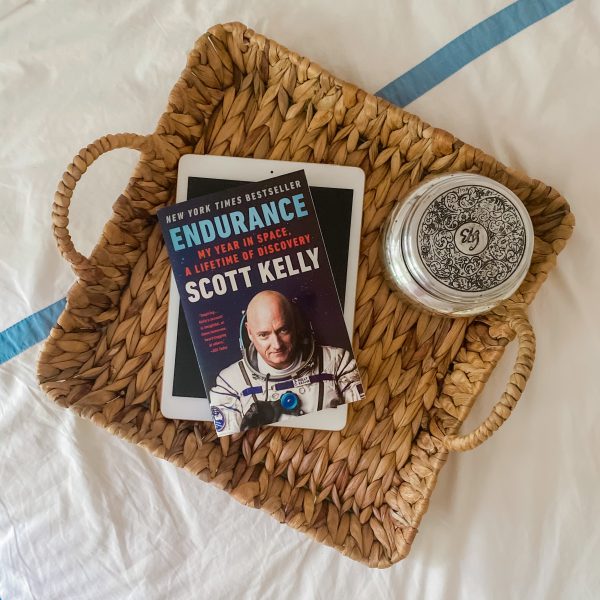